Titan Dental is pleased to offer comprehensive family and children’s dentistry services to the Grassland and Franklin TN area, along with the surrounding communities of Brentwood and Nashville. Our team provides comprehensive dental care with a focus on high-quality care at affordable prices. We strongly believe in eliminating the barriers that so often limit access to quality care. Titan Dental offers convenient hours, affordable prices, and a great location for families.

We are an “in-network” provider with 17 PPO dental insurance plans to help you maximize the valuable dental benefits you pay for every year. Also, our in-house, no credit check / no interest payment plan called Easy Pay, provides a financial plan for those patients who need a little help bridging the cost of care. At Titan Dental, we try very hard to make sure the care your family receives is both high quality and easy on your pocketbook. 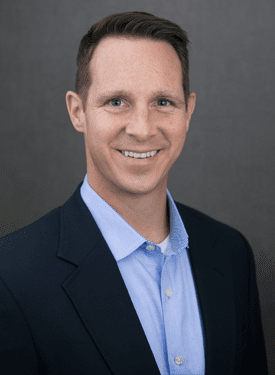 Dr. Chapman is originally from Texas and completed his undergraduate studies at Texas A&M University.  After graduation, he pursued his dental education in his hometown of San Antonio at the University of Texas Health Science Center, graduating in 1998.  He moved to middle Tennessee immediately after graduating from dental school to join the songwriting scene in Nashville.  His first first associate dental position was in Madison, TN.

In 2004, Dr. Chapman chose a different path for his dental career and began working as a missionary for the Mercy Ships organization, where he would stay for the next eight years.  After his fourth year, Dr. Chapman and his family relocated to Liberia and co-founded Trinity Dental Clinic.  He is very proud that, to this day, the clinic he founded continues to provide affordable dentistry to thousands of patients a year!

In 2012, Dr. Chapman returned to Franklin, TN and re-entered the world of general dentistry.  The broad and diverse experience he gained in his missionary work enables him to offer a wide range of surgical experience, which includes wisdom teeth extraction, oral surgery and implants.  His deep skill-set allows the majority of his patients to have their work done in our office without having to see a specialist.

Dr. Chapman has four children, a foster son who still lives in Liberia, and two step-daughters.

What motivated you to become a dentist?

I was always interested in the medical field as a child, as my father was an OB/GYN, but I knew my interests in the medical field were in other areas.  Through my research, I discovered there was going to be an immense shortage of dentists in the twenty-first century so that was a big factor in my decision to pursue dentistry.  Plus, I wanted to work with people and with my hands and I love solving problems!

What do you enjoy most about being a family dentist?

I love working with patients who have had bad experiences in the past.  I strive to help them rebuild their courage, trust and confidence in comfortable and compassionate dental work.  I feel privileged to be able to understand someone’s anxiety and fears about dental work and meet them where they are.  Plus, getting my patients out of pain is always a great feeling!

An interesting and unique fact about you?

I am a man of many hobbies…songwriting, surfing, marathoning and triathlons, podcasting, and I just became a certified recovery coach.  I took 2nd place in a national surfing competition in Liberia at the ripe age of 38!

My favorite case from my mission work was being able to diagnose a foreign body in a gentleman’s sinus cavity.  He’d been struggling with a bad odor and bad breath for nearly 20 years.  He was so tired of dealing with this condition that he was ready to pull a couple of teeth, just to try anything.  During the exam, I noticed a pin point hole in his gums above his teeth.  His x-ray showed that he had a broken tip of a knife blade in his sinus that had become lodged there when he was attacked by a couple of men nearly two decades earlier!  We were able to remove the knife tip and return him to a healthy state.  His breath was much better too!